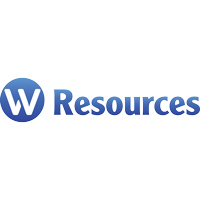 Copper in the USA: Bright Future – Glorious Past

Copper was first used by man over 10,000 years ago. A copper pendant discovered in what is now northern Iraq has been dated about 8700 B.C. For nearly five millennia copper was the only metal known to man, and thus had all the metal applications.

Early copper artifacts, first decorative, then utilitarian, were undoubtedly hammered out from “native copper,” pure copper found in conjunction with copper-bearing ores in a few places around the world. By 5000 BC, the dawn of metallurgy had arrived, as evidence exists of the smelting of simple copper oxide ores such as malachite and azurite.

Not until about 4000 BC did gold appear on the scene as man’s second metal. By 3000 B.C., silver and lead were being used and the alloying of copper had begun, first with arsenic and then with tin. For many centuries, bronze reigned supreme, being used for plows, tools of all kinds, weapons, armor, and decorative objects. Though copper came from the island of Cyprus-from whence its name-and numerous other sites in the Middle East, the origin of the tin in the bronze is still a mystery.

Receive our exclusive interviews – Enter your email to stay up to date.
Share this post using our forum friendly shortlink: http://bit.ly/2MbzTFX
Disclaimer: Statements in this article should not be considered investment advice, which is best sought directly from a qualified professional.

What are the uses of Tungsten?

Tungsten And Its Features

The Use Of Tungsten In Automotive Industry And Other Applications

Tungsten Alloys And Their Use