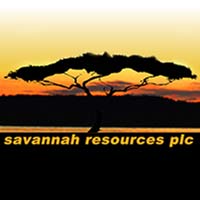 An AIM listed exploration and development company which, in mid-2013, began a transformation from single country, West African focussed gold explorer towards holding a portfolio of resources projects in different geographies. The transition is led by a globally experienced Board and management team with extensive experience in the resources industry. Savannah enjoys strong support from its major institutional shareholders, Praetorian Resources and Fiske. More recently David Archer joined the board as CEO and made a substantial cash investment in Savannah. The change of name to Savannah Resources Plc is designed to underline the Company’s change in strategic direction.

In October 2013 the Company announced the divestment of its subsidiary AME West Africa Ltd to Alecto Minerals Plc (“Alecto”) (including the Kossanto Gold Project (“Kossanto”) and also announced the acquisition of 80% of the share capital of Matilda Minerals Limitada (“Matilda”), the owner of a mineral sands exploration project in a world class mineral sands province in Mozambique.

The change in strategy by the Board, which sees the Company establishing itself as a multi-commodity resources company, is driven by the following key considerations:

Following the divestment of the AME West Africa to Alecto, Savannah’s asset portfolio is as follows:

Alecto Minerals Plc is an AIM listed resources company with a multi-commodity portfolio across highly prospective but under-explored regions of Africa (Mauritania and Ethiopia). In October 2013 Savannah divested AME West Africa to Alecto. The divestment allows Savannah to retain exposure to the Kossanto project (via a significant shareholding in Alecto) and eliminated the contingent obligations to Electrum (who the Company acquired the Kossanto project from) and associated project funding requirements. It also provides exposure to Alecto’s exciting Ethiopian and Mauritanian exploration projects. Having a solid cornerstone investor in Mr Fahad Al-Tamimi, Alecto is also in a strong position to be able to further develop the Kossanto project, enabling Savannah to focus on expanding its resources portfolio with new investment opportunities.

Mark Jones, who was the CEO of the Company from 2010 until August 2013, joined the board of Alecto as CEO in order to continue the development of the Kossanto Gold Project. Through a direct shareholding and a converetible loan note, Savannah effectively owns 25.6% of Alecto at 6 January 2014.

Based on extensive heavy mineral sand deposits located along much of the 2,700km long coastline, Mozambique has the potential to grow as one of the world’s foremost producers of titanium and zirconium minerals. The country is currently the world’s fourth largest producer of titanium feedstocks and the fifth largest producer of zircon. Furthermore, in Mozambique, FTSE 250 listed Kenmare Resources Plc has developed the producing Moma Mine, which has a Proved and Probable Ore Reserve of 869Mt @ 3.7% THM and a Measured Indicated and Inferred Mineral Resource of 7.4Bt @ 2.9% THM. Other large deposits, which further confirm the Mozambique’s prospectivity, include the Chibuto heavy sands deposit, which averages 4% THM, has a reserve of 72 million tonnes of ilmenite, 2.6 million tonnes of zircon and 400,000 tonnes of rutile and Rio Tinto’s Mutamba and Mutamago deposits, which combined have an exploration target of 7-12 billion tonnes at 3-4.5% THM.

Matilda’s exploration permit, near Jangamo, is located in a world class mineral sands province. It covers an area of 180km2 along an extensive dune system and lies immediately to the west of Rio Tinto’s Mutamba deposit.

Mali is Africa’s third largest gold producer after South Africa and Ghana. The Kossanto Gold Project is in the centre of the Kenieba inlier in Western Mali, a block of ancient greenstones and granites hosting many significant gold deposits in Senegal and Mali thus making it one of the most important gold regions in Africa. Kossanto has 3 distinct target areas and includes the 107k oz Au JORC inferred resource, which is open in all directions, at Gourbassi East.

Although Mali suffered a well-publicised coup d’état in March 2013 operations continued with minimal impact and recent elections have been completed with the appointment of former Prime Minister of Mali (1994 to 2000), Ibrahim Boubacar Keïta, as President of Mali from September 2013. Alecto will acquire an in house drilling operation which provides a very cost effective and highly responsive exploration capability along with a highly motivated and capable team of geologists with significant West African exploration experience.

Mining and exploration in Ethiopia is increasing with majors and juniors alike gaining exposure to the highly prospective gold mineralisation in-country.

In September 2013 a joint venture was entered into between Alecto and Centamin Plc, under which Centamin Plc is committing up to US$14m in exploration funding to earn up to 70% of each of Alecto’s two projects in Ethiopia. The funding for the Wayu Boda Gold Project covering 945km2 licence area in the Adola greenstone belt in southern Ethiopia, is targeted at accelerating the project’s development (rock chip samples have returned grades of up to 47.4 g/t au; 24km south of National Mining Corporations ‘Dawa’ 17Moz of gold discovery). The second project, Aysid-Metekel Gold & Base Metal Project, covers 1,953 km2, in North-West Ethiopia with six exploration targets identified from initial reconnaissance and the evaluation of historical data.

Three IOCG exploration licences are operated across 1,828km2 located within the Mauritanide belt, a highly prospective and emerging mineral district of Mauritania. The Chiron target has the potential to host Guelb Moghrein style IOCG mineralisation (owned by First Quantum where 17,000 tonnes of concentrate is currently produced per month) Mining.