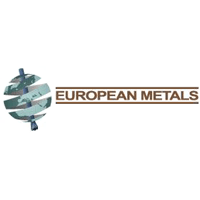 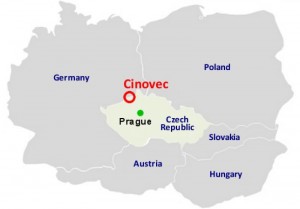 The Cinovec project is located 100 km NW from Prague on the border with Germany. It is part of the historic Cinovec-Zinnwald mining district. Over the past 600 years more than 40,000 tonnes of tin has been extracted in this area.

Tin has been mined in the Cinovec district from the 14th century. Modern UG mining ceased in 1972 in the central part of the Cinovec district, where near surface flat lying quartz-cassiterite-wolframite veins were mined UG with a shaft access. As the high grade ore was running out, the Czech State Company initiated an extensive UG exploration program southward of the Central Mine. Extensive UG drilling and tunneling defined significant blind tin-tungsten-lithium mineralization associated with greisenitization and silicification. About half a million tonnes of ore was test-mined in the 1980s and a feasibility study was completed. All operations ceased with the demise of the centralized economy in 1990.

The northern part of the Czech part of the Cinovec district is less understood but known for extensive mining in the 18th and 19th century. 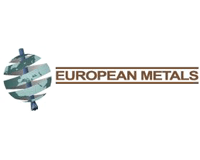 Global lithium-ion battery market expected to exceed $60B by 2024: report

Lithium-ion battery usage on the rise