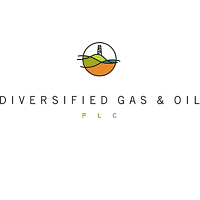 
Diversified Gas & Oil Plc (LON:DGOC) owns and operates gas and oil producing wells in the Appalachian Basin in the United States. The Company’s operations are based in the neighbouring states of Pennsylvania, Ohio and West Virginia, which cover part of the largest and oldest hydrocarbon producing field in the US, known as the Appalachian Basin.

DGO’s strict focus on cost controls, maintained through a combination of labour and cost efficiencies, ensures we maintain low-cost operations, thereby maximising profitability and enabling the company to generate free cash flow and pay a stable dividend, even in a low commodity price environment.

Established in 2001 and grown through a series of complementary acquisitions and success with the drill-bit, DGO listed on the AIM market of the London Stock Exchange in February 2017 after successfully raising funds from blue-chip institutional investors. Since Admission, DGO has made a series of bolt-on and transformative acquisitions to become the largest producer on AIM and one of the largest independent conventional producers in the prolific Appalachian Basin. DGO intends to continue to build on its track record as a consolidator to aggregate further producing assets in its target market.

DGO has a head office in Birmingham, Alabama and was incorporated in England and Wales as a public limited company on 31 July 2014 by its founders, Robert Hutson Jr. and Robert Post. 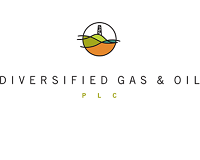 These Countries Found The Most Oil In 2018

The Oil And Gas Situation: A Time For Setting Records