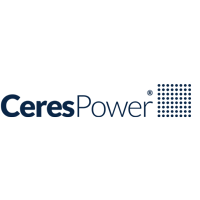 “I’m delighted to be investing in the UK to increase our manufacturing capability and create new jobs in what should be a key strategic sector for the UK. The UK is establishing itself as a world leader in fuel cells with technologies such as the SteelCell® growing in international reputation as evidenced by our partnerships with Bosch, Weichai Power and Nissan.”

· Investment of £7 million over 2 years with creation of 60 new jobs in Redhill, Surrey UK

Ceres Power Plc (LON:CWR), a world leading developer of low cost, next generation fuel cell technology, today announced a £7 million investment in a new, state of the art manufacturing facility in the UK which will be funded from existing cash resources. Ceres is investing in manufacturing capacity to meet near-term demand from its partners.

The new Redhill facility will expand Ceres’ manufacturing capacity significantly and this adds to its UK operations with its nearby Horsham facility remaining as the headquarters and Technical Centre. It will allow the Company to initially supply the equivalent of 2 MW of fuel cells per year with the capacity to expand to I0 MW to meet growing customer demand.

Ceres’ strategy is to generate revenues through licensing its technology to its partners in the development phase, and generate royalties through manufacturing partners when full scale commercialization is achieved, rather than be a large-scale manufacturer itself. The need for additional interim capacity has been driven by the increasing demand from the Company’s partner network of six major OEMs – which includes Nissan, Honda, Cummins, Weichai Power and Bosch.

Ceres is currently working on several applications with OEM partners including a range extender for electric buses with Weichai Power, small power stations with Bosch, EV range extenders with Nissan and data centre power with Cummins. These development projects alone require a major increase in manufacturing capacity. Ceres’ new facility will therefore meet significant existing demand for the SteelCell® from customers in the development phase and also provide capacity for the early stages of commercial product launch, whilst also serving as a proof of concept facility to demonstrate how rapid scale up and low-cost manufacturing is deliverable. This can then be duplicated on a larger scale by future manufacturing partners growing from 10 MWs to 100MWs per year capacity.

“We are proud to be leading the way in bringing fuel cell manufacturing into the mainstream, having already demonstrated the ability to scale our processes from research and development to high volume. This facility in Redhill achieves another commercial scale-up milestone in separating R&D product development from commercial production. The new manufacturing site will also show that we can scale up to significant volumes efficiently in an appropriate capital investment profile to match increasing customer demand.

We look forward to working alongside our partners to meet demand and refine the manufacturing processes here in the UK and scaling this capability through our licensing partners worldwide.”

Receive our exclusive interviews – Enter your email to stay up to date.
Share this post using our forum friendly shortlink: http://bit.ly/2ObB1vr
Disclaimer: Statements in this article should not be considered investment advice, which is best sought directly from a qualified professional.

Click the EPIC CWR to read the full archive for this company.

The Evolution of Hydrogen: From the Big Bang to Fuel Cells

Is hydrogen internal combustion a better idea than fuel cells?