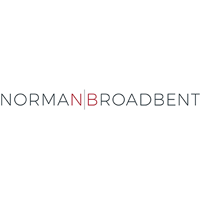 Norman Broadbent (LON:NBB) Chief Executive Officer Mike Brennan caught up with DirectorsTalk for an exclusive interview to discuss their return to profitability, growth in the company and what investors should be looking out for over the year.

Q1: Mike, a trading update out last week, revenues up again year-on-year. Can you just talk us through the highlights and just remind us what was done to get these numbers to turn around?

A1: So, really important trading update for us because, after a period of unprofitability, we’ve now posted our full-year profit in some time.

Our revenues are up 22% year-on-year, our net fee incomes are up 15% year-on-year and this is against a backdrop last year of a lot of political uncertainty and obviously there was a lot of concern around Brexit. Unlike a lot of our other listed competitors we haven’t shown a move backwards in the UK, we’ve obviously moved ahead and I think that says a lot about the changes that we made and also about the segment of the market that were attacking. The customer segment that we look after tends to be small to mid-sized enterprises, they’re busier, they’ve cracked on despite all the problems; political and otherwise, last year and we’ve obviously been able to tap into those ambitions and their growth.

In terms of what we did to help push the company forward, we’ve got a much broader portfolio of services now so we’re able to offer a much broader service proposition to our clients which hour clients like. It gives them more opportunities to buy more things from us and it creates more touchpoints across a client’s organisation.

We’re much more joined up now than we were 3 years ago, when I first joined the company, and we’re basically leveraging quite heavily off each other to such an extent that 3 years ago, we had virtually no cross-selling activity taking place in our business. Today, when I look back on the 2019 numbers, something like 23% of our business is generated internally by colleagues and that’s obviously leveraging the platform that we built since I came in as CEO.

Q2: As you pointed out earlier, a key milestone for Norman Broadbent was returning to profitability, how confident are you of keeping this momentum going?

A2: Well, you can never predict what’s going to happen in the future in terms of some giant geopolitical shock. I do think we’ve done a lot to get our cost base right in the last 3 years, we’re very focussed on driving productivity and efficiencies through the business, we’re much more resilient now because of instead of just doing one thing, we do five different things across our portfolio so that gives us a spread of risk.

So, all in all, we’re well positioned to be able to continue trading favourably, on top of that, we’ve obviously come through the political and Brexit related difficulties of the last few years and certainly, the feedback we’re getting back from our clients is one of optimism and positivity and a desire to grow. So, we’ll tap into that.

Q3: Talking of growing, you’re moving your London office to larger premises, into SW1. Are they much bigger? Does this help you in terms of growth?

A3: So, when I first came in as Chief Exec, one of the big problems that we had and unfortunately, I inherited a property overhang in the business, it was a very very expensive office. We managed to unwind that and move into offices which were much more efficient and they were much more cost effective for us. Unfortunately, the lease has come to an end and we now have to move on and so we’ve gone and taken bigger offices and really that enables us to grow more within our London office.

On top of that, we’ve also just announced last week that we’re going to be opening new offices in the North West of England and that’s going to enable us to expand the business in a lower cost environment but we’re not doing it for that. That’s one of the reasons we’re doing it but effectively we’re going into the North West because there’s a very high level of customer demand there and we want to tap into that and show commitment to our clients up there by actually basing ourselves there. So, we’re hired a team, they’re in play, they’re trading out of our London office at the moment and generating work but they go live in Manchester, in the North West, in March.

So, we’re very excited by that so that’s another opportunity for us to expand geographically and build the team.

Q4: You mentioned this earlier but full-year results are out April, what else should investors be looking out for over the year from Norman Broadbent?

A4: For anybody who knows NBB, you’ll notice that we have always tended to announce our results late and we rarely give any kind of guidance to the market so we’re now in a position where that can change. and I’m very keen that we get more transparency around what we’re doing in the business where we can and that’s for existing investors, potential investors and all other stakeholders that are involved with the company.

So, we’re going to release our results, by the looks of things, in early April this year which is much earlier than normal and we’ve also started to issue trading updates into the market, we think that’s quite important and again, it puts some transparency around the business.

One thing I can promise to everybody that’s involved in our business in one form or another is that they’ll be a good steady flow of news flow coming out of the business as and when appropriate and relevant. We’re very keen to engage fully with the market so watch this space.

Receive our exclusive interviews – Enter your email to stay up to date.
Share this post using our forum friendly shortlink: http://bit.ly/3aVP4xd
Disclaimer: Statements in this article should not be considered investment advice, which is best sought directly from a qualified professional.

Click the EPIC LON:NBB to read the full archive for this company.

A Brexit Dividend or Boris Bounce?

Sustainability: A board priority?

Challenger Banks: Up the Revolution