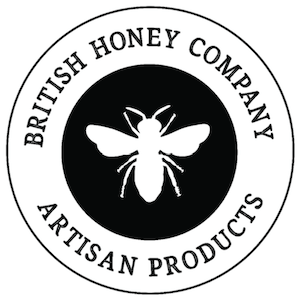 The British Honey Company plc (NEX:BHC) Chief Executive Officer Michael Williams caught up with DirectorsTalk for an exclusive interview to discuss their listing on the Aquis Stock Exchange Growth Market, talks through their Board members and their distillery being operated by multi-award-winning master distiller, Jamie Baggott.

Q1: First off, congratulations on your listing to the Aquis Stock Exchange Growth Market, can you tell me more about the business?

A1: The business started originally as a honey producer, it soon became obvious that it was a marketplace where it would be very difficult to make any substantial growth, there’s a limit on the amount of British honey we can buy and the margins were very tight.

So, we turned our sights at whatever products we could bring out with honey and we came up with the idea of producing a honey gin.

Q2: You’ve secured £4.25 million in an oversubscribed placing, what will the funds raised be used for?

A2: The funds were raised for two things, to develop our existing brand and secondly, we’re going to start a buy and build policy where we are looking for good brands which we can buy where the entrepreneurs can stay with us and be part of our group so some of the funds will be used for that.

Q3: The company has an extremely strong Board, can you talk us through who is on the Board and how they became involved?

A3: I was looking for a Chairman to join us and a friend of mine put me in touch with Sir Hugo Swire, he was a Member of Parliament for East Devon and he joined me and we started to develop what I would call a substantial Board. Why would we do that? Our policy was going to be to grow this company quickly and the first thing is to have is a good Board of directors.

Alistair Wallace is our Finance Director, I’d known him for 10 years and he joined to look after our finances.

Robert Porter-Smith joined us quite early on. He was successful in selling his business which he drove to £60 million turnover in 2015 and he sold that to Lotus Bakeries and he was available to help and he has been very supportive in building the company.

Wafic Saϊd was a friend of Sir Hugo’s and we first met because we wanted to establish a bee farm of our own and he very kindly offered that we could put 150 hives on his estate on the outskirts of Oxford, we have in fact now 175 hives there which are under our management. From there, we developed a strong relationship and he has become one of our large investors over the last 2 years and has been very supportive to us. He’s a philanthropist and Saϊd Foundation in Oxford University has the Saϊd Business College and various other philanthropic projects he has.

Philip Seers, he is a non-executive director with lots of city experience, experience we really needed if we were going to float, and he’s been a rock in developing our business plans, our strategy and helped us through the listing on the Aquis Exchange.

Martin Riley joined us recently, we were looking for a director who could help us with our branding, he had spent most of his career with Pernod Ricard and he’s well known in the gin business. He’s a Board member of the Gin Guild and a member of the Master of the Worshipful Company of Distillers and his experience is going to bring a lot of gravitas to us in going forward.

We have plans to explore the marketplace in China and have in fact just started to export to China. ‘Sophie’ Guifang Luo has joined our Board and she represents the Chinese investors of which we have 11 and we hope to be very shortly opening a bottling plant in China as soon as the present outbreak of the virus has subsided. So, that’s now been pout off probably until 2021.

Q4: The British Honey Company distillery is operated by the multi-award-winning master distiller, Jamie Baggott, can you tell us more about him and what he offers to the business?

A4: Jamie is one the best master distillers in the world, he’s at the very top with the number of awards he’s won, he’s an outstanding distiller. He was with Chase for several years and developed some of their early brands, he then went to Ireland where he developed whiskey for the Ballykeefe distillery. He wanted to return to the United Kingdom and fortunately, we were introduced to him and he joined us a year ago.

Last year, he successfully won us 12 medals including medals from Hong Kong, China, San Francisco and London. Our whiskey which we’ve just started to produce from the Tusmore Estate won a silver medal in the San Francisco awards last year, that whiskey was a new make and was only 3 months old when we entered it. So, we feel really proud that he would’ve enabled us to obtain an award at such an early time in our development.

Receive our exclusive interviews – Enter your email to stay up to date.
Share this post using our forum friendly shortlink: http://bit.ly/2Ws7SiQ
Disclaimer: Statements in this article should not be considered investment advice, which is best sought directly from a qualified professional.

Click the EPIC BHC to read the full archive for this company.

BHC 2020-03-19
Aim News
Previous: Developing the next generation of cancer therapies
Next: The World’s Smartest Buildings 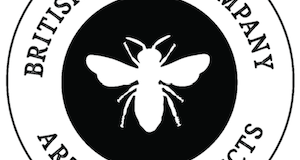 British Honey Company Collaborate with List Distillery of the US