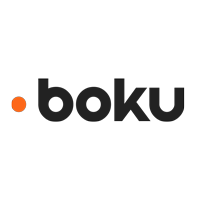 Boku Inc (LON:BOKU) Chief Executive Officer Jon Prideaux caught up with DirectorsTalk for an exclusive interview to discuss their final results, drivers behind growth, how Danal is progressing, strategy and 2019 progress.

Q1: First off, congratulations on another strong set of results, can you talk us through the highlights?

A1: I think probably the three things I’d focus would be firstly, revenues up by 45% so that came in at £45.3 million which is the top end of the range we had projected at the time of our trading update.

I think particularly pleasing was the adjusted EBITDA number coming in at $6.3 million, that compares to a loss same time last year of $2.3 million and perhaps most pleasing, and against analysts’ expectations, we were $1 million ahead.

Finally, the last thing I would talk about would just be the amount of cash the business that the business is now starting to generate and that has taken us through to a gross cash at year-end of $32.3 million as against the same period last year where we had $20 million or so in the bank.

Q2: Now, your Total Payment Volume doubled to over $3.6 billion in 2018, can you tell us a bit more about the drivers behind the growth?

A2: When you operate in growing markets then it’s great and obviously, a lot of what we’re doing today is operating in the digital entertainment market where people are buying things through app stores or making in-app payments, streaming music or maybe streaming video, all of those markets are increasing. So, there’s a base line level of growth that you would expect to see but what we can deliver is growth above that level.

What takes us to this doubling in 2018, over 2017, is a mixture of increased distribution but perhaps more importantly is the maturing of the connections that we put live in previous years. To make that a bit more concrete, when we connect a new mobile operator say for Apple and that particular service becomes available to subscribers of o2 for example, it’s not like the next day everybody immediately wakes up and discovers that they can use the service and start enlisting their phone numbers to pay. That’s a gradual process, it unfolds over a couple of years, and that gives us great predictability in our growth, the fact we did 70 new Boku accounts in actions in 2018 gives us a good line of site into our growth that we’ll experience in 2019 and 2020.

So, we’re very pleased with the growth we’ve achieved this year and pretty confident about continuing growth into the future.

A3: Pretty well. We did publish some initial trading update figures but fair to say that the integration is going well, you won’t here me talking about Danal anymore because this is now Boku Identity, we’ve integrated the team to that extent.

One of the things we’re looking to try and do in order to grow the business is to first of all address questions of supply and we’re starting to repurpose the whole lot of our existing carrier connections over to make them available to the Identity business. We’re also increasing the amount of sales resource we have available with a view to tripling the amount of sales resource we have. We’ve made a great start by hiring new heads towards Europe, US and Asia which is putting us in good stead.

Actually, the business came to us with some positive momentum in any case, on the two ways in which we make money; one is through click feeds on the number of transaction we process, the other is the numbers that we monitor, most of the revenue comes from billable transactions. That’s up by 85% for the first 2 months against the same period the previous year and inf act, on the billable numbers side, that’s up by a whacking 439% driven by some new contract wins albeit a much lower prices than we had previously.

So, so far so good, it’s early days as far as Identity is concerned, the first 2 months were relatively speaking the easier months to hit against our plan, but we’ve got to account ourselves pretty w ell pleased with how things are going so far.

Q4: Now, you’ve already said a little bit about what you’re going to be doing but what is your strategy, near and long term for the next year?

A4: Put simply, we’re seeking to exploit the increase in mobile usage, pretty much every industry has been disrupted by those little computers in your pocket and the old tools that you would develop for the PC era don’t work.

We’ve built a platform that connects together the mobile network operators of the world and make their assets, which are uniquely useful on mobile because of the fact that the carrier has a secure element, the sim inside every phone knows who the customer is, know something about the device, aggregate together those different carrier networks and apply those capabilities to different industries.

Up until now, these 2018 results, show the impact of bringing together a carrier network to help the digital entertainment industry that been disrupted, what you’re starting to see with Identity is the application of the same network to the financial services sector, to the on-demand industry even to government. The IRS in the US is a customer of ours is a customers of ours, simplifying sign-on form your mobile, it’s something that they even have an interest in as well and that’s something that our platform is well able to deliver.

Truly, I believe that you should imagine that over time that we will have more applications and there’s more industries, perhaps deeper into transportation, perhaps into other areas where as the usage of mobile grows, therefore the application of our platform will grow.

Q5: How has 2019 started for Boku and I think you are pretty confident for the year ahead from what you’ve said?

A5: Obviously, I gave some 2 months data as far as the Identity business is concerned and that’s trading ahead.

As far as Payments are concerned, we processed about $750,000 million worth of transactions in the 2 months of the year which is well up on the prior period. Perhaps on the active users front, February is a short month, so we did increase the number of monthly active users to 13.6 but obviously the more statistic was, for the first time, we had over a million daily active users on every day throughout February.

Translating that into numbers, we’re saying that we’re guiding towards the fact that group will be at least the $52 million that the analyst consensus are saying it will be, with somewhere between 15-20% of that revenue coming from Identity. We think our margins will continue to remain strong and we increased our margins in the Payments business to 93% and we’re forecasting it’ll stay at or around that figure, and that margins within Identity will increase to 40% and remain on an upwards trend.

I think one very important thing, a feature of the group’s results this year has been cash generation and despite notwithstanding the investment we’re making in our Identity business and also in our Payments business, we will continue to generate positive cash throughout the course of the year.

Receive our exclusive interviews – Enter your email to stay up to date.
Share this post using our forum friendly shortlink: http://bit.ly/2OzVuXV
Disclaimer: Statements in this article should not be considered investment advice, which is best sought directly from a qualified professional.