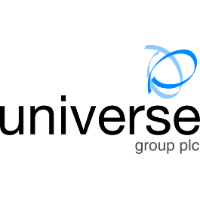 Q1: First off, congratulations on your results. Jeremy, can you talk us through the highlights?

A1: We put out a trading update in September of last year and I’m pleased to say that the results we announced yesterday have come in ahead of that and in addition that that, we’ve gone ahead on our 2017 numbers pretty much on all the metrics.

In terms of cash generation, we ended the year with £1.9 million of net cash which is a little ahead of where we thought we were going to be and certainly ahead of 2017 so that was nice to see.

We’re comfortable with these results, if you recall in the early part of April of 2018 one of our large clients, Conviviality Retail, went out of business very suddenly and that sort of blew a hole in our forward revenue forecasts but we were able to backfill pretty successfully as these results attest.

Q2: During the year you saw new customer wins, can you tell us a bit more these and what it adds to Universe Group’s operations?

A2: In terms of the additional sales, we’ve had continued good success with one of our products called Gempay 3, now that’s the payment terminal that you put your card into or use contactless every time you’re in a petrol forecourt paying for your fuel.

We launched that at the very end of 2017, very early 2018 and we saw very strong sales through to all our existing clients such that there’s just under 3,000 Gempay 3’s in the market as we speak today. It’s not just a question of selling new versions of existing products to existing clients, it’s also incredibly important to go out there and win new customers that you’ve never ever worked with before.

A good example in 2018 for us was we won the customer called Euro Garages, and for those not that familiar with them, they are one of the largest forecourt operators in the world operating 4,500 forecourts right around the globe, 370 of which are right here in the UK. We were able to sell them Gempay 3’s so we’ve put 540 Gempay 3’s onto that estate of 370 forecourts.

In addition to that, we’re also doing the payment processing piece, that is to say that we actually process the payments at the back end and across their estate of 370, that adds up to about 3 million payment transactions a month just for that one client.

So, we’ve now got a total of about 15 customers going through our payment switch.

Q3: Now, you launched partnerships with P97 and Ubamarket, how is that side of the business progressing?

A3: Good, thank you. P97 is very interesting, it started in the US, we first met them about 4.5 years ago when they were just getting going and they’ve got a pay by mobile or pay in your car device and they’ve been successful launching it in the US and they’re beginning to come to Europe. We’ve partnered with them here, we hope to be able to do the first trial with them hopefully during late summer I would think.

Most of us as consumers in the UK will be well aware that the likes of Shell, BP and Exxon have all got their own mobile payment device where you can pay on your phone while you’re filling up, you don’t have to go into the store if you don’t want to. What P97 has done is provide an out of the box solution for those forecourt operators that don’t want to be dependant on Shell, BP and Exxon for that payment capability but want to offer it themselves.

So, it’s a very nice addition to our payment leg of our business. If you recall, we are in the EPOS payment and loyalty and the P97 partnership extends that for us.

The other partnership that we talked about during the year is one with Ubamarket, this is a small UK start-up, very interesting company and what they’ve done is turned the mobile phone into a barcode scanner for self-checkout.

Most people will be familiar that most of the big supermarkets have got this sort of capability but what Ubamarket have done is right-sized it for the convenience market. Again, we’ve been talking and working with Ubamarket for something like a couple of years and we launched our first trials with them in the second half of 2018.

It’ll be interesting to see how both P97 and Ubamarket play out into the marketplace.

Q4: We talked about financial results for 2018 but how has 2019 started and, I guess more importantly, do you remain confident for the year ahead?

A4: I do, we’ve had a good start. I think the biggest thing that’s happened in these first 3 or 4 months is on 3rd April, we announced a large acquisition of Celtech which is class leading developer of cloud-based retail and wholesale management solutions and we paid just under £5 million for that. Celtech is Dublin-based, it’s a 30-man unit there and it’s good some absolutely excellent technology that will fit very very well on top of our EPOS offering.

We decided not to go to shareholders for funding for that because we were a bit concerned the share price was a bit low and we didn’t want the shareholders to suffer much dilation. So, we actually funded it through cash because we had quite a lot of cash on the balance sheet at year end and we also put new facilities in place with HSBC so we have a 3-year and 4-year facility totally £5 million in HSBC. So, a combination of that £5 million and the £1.9 million that we had to hand dealt with the cash element and we also issued some shares such that the original founder of Celtech who joins the management board is now a 9% shareholder in Universe going forward so we’re very excited about that.

We are right down in the weeds at the moment doing the full blown integration and we’ve got great opportunities to cross-sell Celtech’s technology into our existing base as well as going to be able to hunt down new customers for that because they have additional functionality that we don’t actually possess ourselves.

I think it’s good because it’ll drive topline growth of revenues but it also allows us to retire some of our old legacy systems so takes some costs out of the business which should flow through to an improved profitability on the bottom line.

Ultimately, I’d say that it’s probably no bad thing having an office in the EU given that we don’t know what Brexit’s going to be doing and overall, that transaction, we expect to be nicely earnings-enhancing in the first full year of ownership.

So, yes, a very good start to the year, very excited about the Celtech deal, we had our major trade fair in Birmingham which is called the National Convenience Show which was actually just last week and we were able to do the deal just in time to announce at the show. So, we had the Celtech guys on our stand and there was a tremendous response from our existing customer base and new customers to the offering that they bring to the party so we’re feeling pretty confident about this.

Receive our exclusive interviews – Enter your email to stay up to date.
Share this post using our forum friendly shortlink: http://bit.ly/2vt5R6Z
Disclaimer: Statements in this article should not be considered investment advice, which is best sought directly from a qualified professional.

Click the EPIC UNG to read the full archive for this company.

UNG 2019-04-26
Aim News
Previous: 3 Reasons Why Gold Will Outperform Equities And Bonds
Next: Proactis and The Originals, Human Hotels & Resorts with subtitles 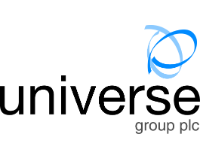 CEO INTERVIEW: Universe Group well positioned for growth in 2019 and beyond

INTERVIEW: Universe Group Better than expected 2018 and a confident start to 2019