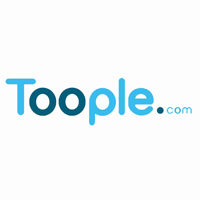 Toople plc (LON:TOOP) Chief Executive Officer Andy Hollingworth caught up with DirectorsTalk for an exclusive interview to discuss the settlement of the David Breith loan, trading update, their sales centre in Durban and whether growth will continue.

Q1: A few weeks ago, you announced the settlement of the David Breith loan, can you just talk us through that?

A1: It was an opportunity where obviously we had an outstanding loan since the company floated in June 2016 where Dave Breith had a loan of just over £600,000 in the business and that was for gaining access to the IPR of the Merlin software platform and any sort of debt to the business prior to market flotation.

The terms of the loan were very simple, minimum 3 years, non-interest bearing and then only repayable at a time that the Toople board consider the company in a position to repay that debt.

There was an opportunity to repay debt at a considerable discount and the Board settled that debt at less than 25p in the pound which actually the net result of that was to make the company a debt-free business; we now have no debt in the business whatsoever.

At the same time, we had, from our brokers, an approach for some interesting further TOOP stock that they couldn’t get on the market, we had our permissions as a standard list and we were able  to secure some private placing.

So, we were able to service the debt without affecting the working capital of the business and obviously to enhance the working capital of the business with the placing as well. So, timing was perfect although I would comment that without the private placing, the Board, at less than 25p in the pound in the settlement of the debt, the Board would have elected to cease that opportunity anyway.

Q2: Today you provided the market with a trading update, can you just talk us through the numbers Andy?

A2: Obviously the numbers are very very strong, we’ve previously communicated to the market that we’re growing quite materially and we’d already told the market that we’d achieved over 900 orders in April and subsequent to that, now we’ve achieved over 1,000 orders from customers in May. Just finishing June, as of Friday night, the actual numbers from Friday night was 1,150 orders in June so over 1,100 orders and we then would’ve received more orders online on Saturday and Sunday.

Q3: The update today, it mentioned that you’ve established a sales centre in Durban n South Africa, what’s the rationale there?

A3: Very simple. The rationale is what we’re seeing from customers is our digital marketing activity that we put out there to create the brand to put different propositions in the marketplace, what we see is a lot of small businesses and a lot of sole traders that want to interact with the company, post 8pm, and indeed on Saturday’s and Sunday’s.

Indeed, if we look at all of the lead generates on a monthly basis and all the enquiries that come in on our digital marketing activity, we convert overall, about 30% of those leads. If you then look at the actual customers that we get to contact, we actually convert over 80% of all of the customers that we actually end up getting in contact with based on their enquiry.

So, what Durban will do is significantly extend our operating hours, post 8pm in the weekdays and on Saturday’s and Sunday’s so that the enquiries already coming in, we’ll convert more of those enquiries. So, our conversion rates will grow because we’re there and we’re available with the customers and we can interact in a real-time basis.

So, we will see an increase in conversion rates over the coming months and what that means is as you increase your conversion rates on the leads that you’re already generating in the marketing budget that we’ve got then you’ll obviously see the net result is the overall reduction in the cost of acquisition of an order or a customer.

So, it’s a good thing from a Toople perspective and drives a really great interaction with the customer.

Q4: Just going back to the numbers that you mentioned, do you think growth will continue?

A4: I think certainly. If we look at absolutely the growth month-on-month which we’ve tried be as detailed as possible in the bulletin which shows monthly growth.

Receive our exclusive interviews – Enter your email to stay up to date.
Share this post using our forum friendly shortlink: http://bit.ly/2FP8qGi
Disclaimer: Statements in this article should not be considered investment advice, which is best sought directly from a qualified professional.

Click the EPIC TOOP to read the full archive for this company.

The rural hotspots with great quality of life – and superfast broadband