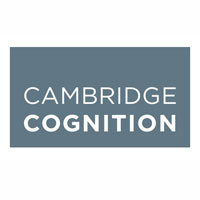 Cambridge Cognition Holdings plc Changes to the board

Cambridge Cognition Holdings plc (LON:COG), which develops and markets neuroscience technology to assess brain health, announces a number of changes to the Board of Directors which will take effect following the Annual General Meeting (“AGM”) scheduled for 23 May 2019, subject to approval of shareholders.

“Mike Lewis and Nick Kerton were both appointed as Directors of the Company on 12 April 2013 as the Company listed on AIM. Mike has been Chairman of the Board since 8 May 2014 and Nick was Chief Executive Officer from September 2013 until the end of 2015. Both Mike and Nick retire from the company with our thanks for their service over the past six years.

“Matthew and I have had the benefit of working together for the past few months and Matthew inherits an exciting and innovative business which has made good progress in penetrating its core cognitive assessment and digital health markets. Matthew’s experience in healthcare and pharmaceuticals will bring a fresh commercial perspective to the business and we will be working together to accelerate the growth of the business.”

Both Michael Lewis and Nicholas Kerton who will retire by rotation at the forthcoming AGM will not offer themselves for re-election.

Steven Powell will retire by rotation at the forthcoming AGM and offer himself for re-election. Immediately following the AGM he will step down as Chief Executive Officer but continue as a Non-Executive Director and will take over as Chairman of the Board of Directors. In addition to his Chairman duties he will continue to play a significant role in key long-term corporate and R&D strategies.

Matthew Stork, the Company’s recently appointed Chief Operating Officer, will join the Board as Chief Executive Officer. He has expertise in a broad range of healthcare sectors including healthcare IT (including AI), diagnostic imaging, clinical service delivery and pharmaceuticals. He has held executive roles at the InHealth Group, General Electric, ArjoHuntleigh, Toshiba Medical Systems and Smith & Nephew.

The Company will seek to appoint an additional independent Non-Executive Director within the next three months.

Receive our exclusive interviews – Enter your email to stay up to date.
Share this post using our forum friendly shortlink: http://bit.ly/2PsKpIv
Disclaimer: Statements in this article should not be considered investment advice, which is best sought directly from a qualified professional.