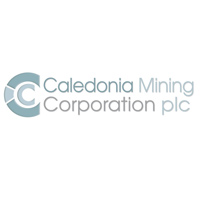 Caledonia Mining Corporation Plc (LON:CMCL) has announces that, further to its announcement on July 24, 2020 relating to a block admission application and an “At the Market” or “ATM” sales agreement with Cantor Fitzgerald & Co, the Company has now raised US$13m pursuant to the ATM Sales Agreement through the sale and issue of 597,963 shares in the Company.

Following issue of the ATM Shares, the Company has a total number of shares in issue of 12,118,823 common shares of no par value each.  Caledonia has no shares in treasury; therefore, this figure may be used by holders as the denominator for the calculations by which they determine if they are required to notify their interest in, or a change to their interest in, the Company.

As disclosed in the announcement on July 24, 2020, application was made to AIM for a block admission in respect of up to 800,000 new depositary interests representing the same number of shares in the share capital of the Company which will rank pari passu with the existing shares in issue.

Given that the Company has now raised the maximum amount of funds sought under the ATM Sales Agreement through the issue of the ATM Shares, the Company has cancelled the remaining portion of the block admission (202,037 depositary interests) effective as at September 7, 2020, representing the surplus shares that are not required to be sold and issued under the ATM Sales Agreement.

As previously mentioned, Caledonia expects to use the amount of net proceeds from the sales for investment in the construction of a solar power plant to supply electricity to Blanket Mine in Zimbabwe.

In accordance with AIM Rule 29 and Schedule 6 of the AIM Rules for Companies and in full satisfaction of the Company’s obligation to make announcements of the utilisation of the block admission, the Company makes the following notification regarding its block admission facility:

At the Market Sales Agreement

(d)       Number and class of securities not issued under scheme

202,037 common shares of no par value each and an equal number of depositary interests

(e)       Number of securities issued under scheme during period

202,037 common shares of no par value each and an equal number of depositary interests

Receive our exclusive interviews – Enter your email to stay up to date.
Share this post using our forum friendly shortlink: https://bit.ly/3hXOa6n
Disclaimer: Statements in this article should not be considered investment advice, which is best sought directly from a qualified professional.

Click the EPIC CMCL to read the full archive for this company.

One on one with Steve Curtis at Caledonia Mining

Gold prices rise for 3rd day in a row

Caledonia Mining agreement to evaluate mining rights, properties and projects in the gold sector in Zimbabwe