Cadence Minerals plc (LON:KDNC) Chief Executive Officer Kiran Morzaria caught up with DirectorsTalk for an exclusive interview to provide an overview of the company, board strategy, the Amapá iron ore project, the shipping of existing iron ore stockpiles and recent director share purchases.

Q1: Kiran, you could give us a brief summary of Cadence Minerals for potential new investors?

A1: KDNC is a mining investment company listed on AIM, with investments across multiple commodities and minerals. There are five key investments, they include two iron ore, two lithium assets and one rare earth investment.

So, one, we have an equity stake in Macarthur Minerals which is an iron ore asset in Australia; secondly, we will have a stake in the Amapá iron ore deposit which I’ll talk about later on.

We also have investments in EV (electric vehicle) critical metals, with investments in two of the largest hard rock lithium or lithium deposits in the world, one in AIM listed European Metals Holdings and also a JV stake in Bacanora Lithium.

We also have a JV stake with Hastings Technology Metals in the Yangibana rare earth minerals project. This is an opportunity to develop a Neodymium resource – a critical constituent of permanent magnets in electric motors.

Some of the assets are pre-feasibility, the majority of them are at the feasibility stage and two of them are at construction and commissioning stage. So, there are two core key commodities and two core investments, one around EV vehicle development and penetration of the EV vehicle market and the other around iron ore, which over the last six to seven months, has been one of the best performing commodities due to the billions of dollars of financial stimulus being ploughed into China’s infrastructure after COVID.

Q2: Just looking at your recent RNS’s, there’s obviously positive news from all of your investments, but a lot has been in relation to the Amapá project. Can you tell us some more about that?

A2: Yes, absolutely, and that’s because we’ve been involved with the Amapá project now for over two years but as far as the public is aware, we announced our initial potential investment in May.

The Amapá project is an ex-Anglo American and Cliffs Natural Resources asset which was developed and was producing around 6 million tonnes pa by 2013. At that point it was valued at around $600 million. We saw the value because, as a result of a port collapse that occurred in 2014/2015, it was unable to continue to ship material and as a result of that, it ran out of cash. Amapá was also unable to find financing at that point, because at that time the iron ore price was low.

Ultimately though, it had the bones of something pretty amazing. The Amapá commodity resource was recently updated, and grew by about 21%, so as a result of that, it’s got the resource, it’s got the mining infrastructure, it’s got a beneficial plant which upgrades the material to 65% iron ore, then it’s got transportation infrastructure, a railway concession and its own port. So, we knew once we had got round the legal issues around restructuring, the assets were there and as a result we were able to substantially de-risk.

So, we have entered the joint venture, into which we will invest subject to particular targets being hit. Our first investment will be the $2.5 dollars in escrow once the bank settlement occurs – it’s part of the JRP process, we’ve agreed the settlement terms in principle, now we’re waiting on the finalisation of the documents at which point we will earn our 20%. Then we have another $3.5 million to put in to get to 27% – and that will only happen when all the operating licenses have been granted. In phase 3 we have a first right of refusal to go up to 49%.

So, in summary it is a project that’s historically had some great value, but the market and people have discounted it because of the legal issues around it, which we’ve gone through. It has taken longer than expected but nonetheless, we’re at the final hurdle. Fundamentally, you take that away, it’s a considerably de-risked asset with a pretty large potential upside for the company and its investment.

Q3: You’ve mentioned in the past that you’re able to ship iron ore from existing stockpiles, whilst the mine is being recommissioned, how is that progressing?

A3: The original idea when we talked about this in December last year, was that once the bank settlement work had been completed, we were going to start shipping material. This is really important because there’s a lot of material there – about 1.3 million tonnes – which will take about 12 to 18 months to ship, possibly sooner. This will generate $30 to $40 million of net revenue, which could be invested either to repay the bank creditors or of course, reinvest into the asset. So, with this capital the asset has inbuilt equity.

Now as we know the bank settlement has taken a bit longer. DEV Mineração got a court order at one point to actually ship before the bank settlement but that also put pressure on the banks to come to the table. As we announced a couple of months ago, we have an agreement in principle with them, and we’re now going through the preparation of the documentation. That is taking longer, but we’re dealing with three banks with three different corporate cultures across two countries. So, there’s more complexity and much more administration, but it’s a process they understandably need to go to, while for us, it’s a team of four or five people at high level that can make these decisions.

So, once we’ve got the bank settlement completed, we can start shipping the material and executing the development strategy to get Amapá back into production as soon as possible.

Q4: So, what is the strategy for development of the Amapá projects and where does the company see value?

A4: Well, the strategy for development is very much the same as we’ve always outlined. Once we get our 20%, when the banks finalise settlement, we can start shipping that material. When we start shipping that material, DEV Mineração will be profitable, technically, because it’ll be revenue generating, and of course the net revenue from that will go to partly pay the banks and/or to reinvest in the assets. So, that money is going to be utilised for 12 – 18 months, to pay the banks and reinvest in the asset.

During that time, our strategy is to start the recommissioning studies, which will need to be competed to a bankable level – taking about six months – then to project financing for mine redevelopment, which at the last DEV estimate will be amount to about $170 million in total CapEx. That $170 million will be invested over the remaining period of around 18 months, and then at the end of two years, we will start mining new material, having shipped all the material from the stockpiles.

An interesting fact -soon after we get to 20%, we will have invested into an asset that is profitable and revenue generating from that point in time – we don’t have to wait another two years for revenue and profitability to arrive. It’s immediate or near enough immediate.

So, the strategy is to effectively take this from zero to new production in two years, and in the interim, shipping the stockpiled material will generate revenues.

Q5: Finally, we’ve seen recently that directors are increasing their stake in Cadence Minerals, do you have any comment on that?

A5: Yes, we’ve been all buying shares. It’s a much more concerted effort across the board and I think it’s really important that directors show alignment with shareholders. Off the top of my head, if we look at the amount that the directors have invested directly, over the years, it’s somewhere in the order of magnitude of £300,000-£330,000, with the vast majority of that invested in the last year.

So, having aligned directors with shareholders, I think it is really important that we have our directors contributing a large portion of their salary into the equity of the company, and it is also important is that the shares are bought on market.

Of course, we have a fundamental belief in our assets, but sharing alignment with shareholders is a good corporate governance standard to have in place. Another reason is that our directors don’t want to miss out on a value proposition, but of course everyone should do their own research.

Look at what we’re getting this asset for, $6 million for 27%, which if you gross that up, it’s around $22/$25 million. Historically Anglo American had it valued on their books at $600 million, so there’s the value right there. Ultimately, it’s where we see the potential value for the company going forward. 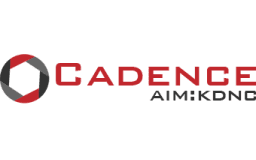 Ways to invest in iron ore

Why the world must have more lithium supply