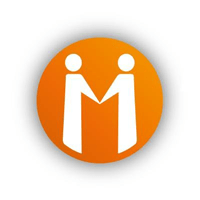 Buyers back in the market in May

“May appeared to be one of the best months so far this year for some regions, with members of the network reporting a marked increase in activity levels in Yorkshire, Scotland and the East and West Midlands, and even some conurbations in London began to see a little bit of life filter back to the market. However, other areas, such as the South East and South West, saw activity remain relatively lethargic in terms of buyer demand with some sellers struggling to get their homes under offer. Whilst the two bank holidays in the month, as well as school half-term, could well have been a contributing factor, it does seem as though this is a continuation of the malaise that we’ve seen in the Capital and its commuter belt for some time, but that has only just begun to become apparent in the previously buoyant South West.

Those regions which did see a boost in buyer activity reported that the decision to hold interest rates at the beginning of the month did assist with consumer confidence levels. Anecdotally many advisers believe, having spoken to clients who were keen to arrange a mortgage in order to purchase, that there had been a degree of ‘wait and see’ at play since the beginning of the year, yet with rates holding, many decided that now was as good a time as any, having delayed making a decision for so long.

As a result, house price growth in May remained in positive territory, although the overall figure masks regional variations, with Greater London and East Anglia seeing significant year on year decreases. However, in terms of a headline figure our data concurs with that of the Nationwide and Halifax House Price Indices, which both indicated modest annual average price increases last month, all of which are absolutely within market expectations for 2018. Transaction volumes, as reported by HMRC, also remained steady last month, which although unremarkable are also as predicted at the beginning of the year, therefore not raising any cause for concern at this stage.

However, when we look on a more regionalised basis, the differential in pricing does become more apparent. In the Midlands, Yorkshire and Scotland for example, realistically priced properties are, in some conurbations, still selling within days. However, there is also a degree of market stagnation elsewhere. This is because vendors in some areas are pricing ambitiously, due to the low levels of properties on the market, yet because of affordability factors buyers aren’t able – or prepared – to pay the full amount, leading to some homes sticking on the market for some time, even in an environment where normally one would expect properties to sell in a reasonable timeframe given the reduced level of competition.

In summary, we would suggest that buyers are still very much in evidence in many parts of the UK, and as per the old adage, “everything sells at the right price”. Therefore, the key in the current environment for those who are hoping to sell, even where sentiment is positive and consumer confidence is strong, is to keep expectations realistic.”

Receive our exclusive interviews – Enter your email to stay up to date.
Share this post using our forum friendly shortlink: http://bit.ly/2tPDU9n
Disclaimer: Statements in this article should not be considered investment advice, which is best sought directly from a qualified professional.

Click the EPIC MAB1 to read the full archive for this company. 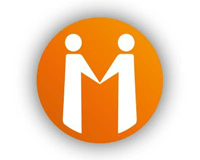 Is the prospect of longer tenancies good or bad news?

What does the interest rate rise mean for me?

Could fixing for a decade become the norm for remortgaging?

Money Saving Expert explains how to save £54,000 on your mortgage