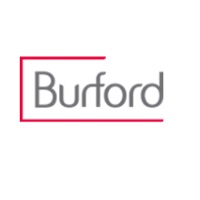 The Teinver matter represents an investment in an arbitration matter arising out of the expropriation of two Argentine airlines by Argentina’s government. In July 2017, the arbitration tribunal rendered an award in favour of the claimants; that award entitled Burford to receive more than $100 million under its funding agreement. For further background to the Teinver matter, please refer to our RNS dated 24 July 2017 and our interim report for the six months ended 30 June 2017.

Burford continues to pioneer development of the secondary market in litigation investments and regards the sale of this investment as prudent, locking in its gain on the investment and accelerating its cash recovery to enable reinvestment of that capital.

While Burford does not release individual investment carrying values, we can say that the Teinver investment is carried well below the sale price, and thus we expect to show a realized gain from this transaction in our interim results for the six months ended 30 June 2018, to be published in July 2018.

The transaction is scheduled to close no later than 22 March 2018. Burford intends to reinvest the proceeds of the transaction in new investment opportunities exhibiting attractive risk/reward characteristics.

The Teinver award is the subject of ongoing annulment proceedings. Annulment (the cancellation of an award) is only available in very limited circumstances of serious error by the arbitration tribunal that we do not believe exist here, with only 6% of awards ever rendered by the World Bank’s arbitration institution having been annulled (and only 3% in the current decade). Were the award to be annulled, the sale transaction could be rescinded at the option of the buyers, although in that unlikely event Burford would retain a $7 million fee and would also have its original entitlement back and be free to pursue the claim again. Based on the historical speed of annulment proceedings a decision on annulment would be expected in the second half of 2019 although individual case timing is unpredictable.

Christopher Bogart, Burford Capital Limited Chief Executive Officer, commented: “The Teinver transaction represents a further step forward in our development of a secondary market for litigation and arbitration risk. It is efficient for us to move investments into the secondary market as they mature, and obtain liquidity to continue to make new investments at the rapid pace we are currently experiencing. We believe that the award would have been discounted to achieve resolution of this matter in any event, as is commonplace. Achieving certainty and immediate cash for this investment, at an attractive price, is a highly desirable outcome for us.”

Receive our exclusive interviews – Enter your email to stay up to date.
Share this post using our forum friendly shortlink: http://bit.ly/2FAe8Oc
Disclaimer: Statements in this article should not be considered investment advice, which is best sought directly from a qualified professional.

Arix Bioscience Should have a really strong year say Hardman