Burford Capital Limited (LON:BUR) has announced its results for 2019. As previously indicated, these were lower than in the previous year. Revenue fell 17% from $430m in 2018 to $357m. Profit after tax, on Burford’s basis, declined 31% from $329m to $226m. As announced earlier, there will be no final dividend so only the interim dividend of ¢4.17 was paid for FY19. Unusually, Burford has also released a trading update for early 2020 alongside its main figures. Court results and arbitral awards have been obtained that would generate some healthy profits. Most notable is $200m in income ($300m in cash receipts) regarding which further legal review is unlikely.

Receive our exclusive interviews – Enter your email to stay up to date.
Share this post using our forum friendly shortlink: https://bit.ly/2MrXq4z
Disclaimer: Statements in this article should not be considered investment advice, which is best sought directly from a qualified professional. 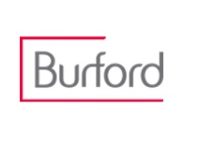