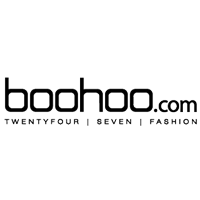 Boohoo Group PLC (LON:BOO), a leading online fashion group, today announced that John Lyttle, Chief Executive Officer, has subscribed for 195 A ordinary shares of 1 pence each in boohoo holdings limited, an intermediary holding company of the Group, as part of a Growth Share Plan (“the Plan”) initially disclosed to the market on 17 September 2018.

John has also been granted a further share option award in line with the previous disclosure in the annual report and accounts. The CSA takes the form of a nil cost option over 357,446 ordinary shares of 1 pence each in boohoo group plc (valued at £637,326, based on the closing price of the Company’s shares on 14 March 2019) and is granted as part of his compensation award for the loss of short and long-term incentive awards which lapsed on leaving his previous employment.  This award will only vest if John remains as CEO up to 15 March 2020.

As previously announced the value of the award under the Plan is directly linked to the creation of significant growth in shareholder value as set out below:

Receive our exclusive interviews – Enter your email to stay up to date.
Share this post using our forum friendly shortlink: http://bit.ly/2NOnjPz
Disclaimer: Statements in this article should not be considered investment advice, which is best sought directly from a qualified professional.