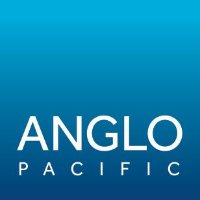 Bottom Line: We see a situation where over the coming months Chinese exports of ferrovanadium could drop sharply on the back of increased domestic demand and raw material constraints. Chinese pricing has already moved sharply higher over 2018 to date, but we would see significant further upside to global pricing as the market adjusts to lower Chinese shipments. This is not important for the battery sector yet given it accounts for only a tiny proportion of overall vanadium demand, but should vanadium redox flow batteries become the method of choice for storing intermittent energy this could create further demand pressures over the coming years.

Vanadium prices are soaring into 2018. Chinese market assessments for vanadium pentoxide have risen by over 20% already this year to $11.8/lb, while those for ferrovanadium exports are up almost 10% to $49/kg. This takes prices back to levels seen after the last surge in July 2017.

A potential structural change coming in China. Vanadium is used as a strengthening element for steel rebar, and authorities in China have long been discussing increasing tensile strength standards for rebar in earthquake zones. These have not yet been implemented, but Metal Bulletin has reported that greater enforcement of existing regulations is now taking place. In particular, the practice of adding vanadium nitrate in lieu of ferrovanadium to reduce costs is being precluded, and this seems to be playing a role in the recent price gains. Currently, China’s ferrovanadium consumption per tonne or rebar is less than half that in Europe or North America. Alternative strengthening elements such as niobium can be used, but these are not as effective as vanadium.

Chinese vanadium supply is also under pressure. As with many other commodities, China’s vanadium mine supply has already been impacted by more stringent environmental monitoring. Moreover, as of January 1 this year imports of vanadium slag have been banned, cutting ~6% of China’s raw material supply.

We see a situation where China becomes a net importer of ferrovanadium. This is another commodity where the world has become used to Chinese exports, in particular
to steelmakers in Western Europe and Developed Asia. Should these dwindle given the developing supply and demand dynamics, what is currently a China problem may quickly become a global issue. Historically, when China has swung to a net importer of refined commodity products this has been very positive for price. We advise closely monitoring Chinese ferrovanadium exports, which have already fallen by ~30% y/y in 2017, over the coming months.

Anglo Pacific Group plc (LON:APF) has a 2% NSR royalty on all mineral products sold from the area of the Maracás Menchen project to which the royalty interest relates. The project is located 250km south-west of the city of Salvador, the capital of Bahia State, Brazil and is 99.97% owned and operated by TSX Venture Exchange listed Largo Resources Limited (‘Largo’). 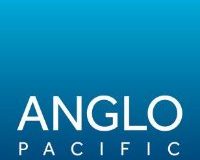 Can copper protect against the new coronavirus?

EVs will drive demand for nickel sulfate over the next decade