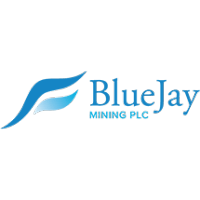 Bluejay Mining Plc LON:JAY CEO Roderick McIllree said, “We have long held great optimism for Disko. The similarities between Disko and other great MMS systems of the world are striking. The identification of large weathered gossans in the field continues to exceed our expectations and the results received from this maiden 2017 work programme have greatly strengthened our understanding of this part of Greenland, giving us improved confidence in the Project’s resource potential. Chemical assays of 2.02% Nickel, 0.8% Copper, 0.2% Cobalt returned from surface and much higher-grade material observed via handheld XRF, not to mention the extremely coarse crystals, all point to a long and slow baking process, which is a critical factor for large scale Ni-Cu-Co-PGE MMS segregation and accumulation. Accordingly, early identification of the geological structures and similarities with Norilsk appear to be justified.

Our task now is to determine the best way forward; something we look forward to updating shareholders on in due course. Nonetheless, whilst we are excited about the opportunities Disko presents, I would like to assure shareholders that our primary focus, as always, remains firmly on our flagship Dundas Ilmenite Project.”

Bluejay Mining plc, the AIM and FSE listed company with projects in Greenland and Finland this morning announced that it has completed its maiden 2017 field work programme at the 100% owned Disko Nickel, Copper, Cobalt & Platinum Project in West Greenland.

— Surveys were carried out in two of the four anomalies in Area 1, with the remainder to be tested next year

Bluejay considers Disko prospective due to its geological similarities with the Norilsk-style Ni-Cu-Co-PGE bearing MMS accumulations in Siberia on the opposite side of the Arctic Ocean. Both environments are associated with deep, mantle-tapping, rift structures that have injected vast amounts of metal rich magmatic material into sulphur rich sediments. These normally metal rich Picritic basalts of the type seen at Disko are believed to have undergone sulphur saturation through assimilation of large volumes of sulphur rich sediments with polymetallic metal precipitation being the end result.

The model of precipitation has been confirmed at Disko by independent and peer reviewed analytical work on the rocks showing metal segregation has occurred with the basalts now being metal poor. Furthermore, regional surveys undertaken by Bluejay’s field crew have identified several promising outcrops for follow up work. During late 2017, a small number of samples were collected for petrophysical, petrographic and geochemical analysis from one particular outcrop with the results confirming a working sulphide system with initial assaying of highly oxidised surface material returning 2.02% Nickel, 0.8% Copper, 0.2% Cobalt. In addition to this, material taken from outcrop and prepared using a method called ‘polished thick section’ indicates that characteristics indicative of large scale nickel copper cobalt and PGM sulphide segregation has taken place (see Figure 2).

During late 2017, Bluejay completed a high-powered EM to test low resistivity targets modelled from a ZTEM (Z-Axis Tipper Electromagnetic) survey conducted by previous licensees. These results, together with a large volume of historical data, are currently the subject of detailed evaluation and assessment by multiple advisors.

First pass evaluation using MLEM surveys were planned to be deployed over all ZTEM targets in Area 1. Preliminary MLEM data was acquired over Target 1 and partial MLEM coverage was acquired over Target 2, with the remainder of the historical targets at Area 1 untested due to weather conditions resulting in delays and the eventual shortening of the field programme.

While work this year focussed primarily on Area 1 – ‘The Kugg Project’, the Company continued data compilation and interpretation for the northern area licence holdings on Area 2 – ‘The Illug Project’. This work led to the identification of numerous new targets, as well as confirmation of historically identified anomalies and more exciting coincident gravity, magnetic and conductor anomalies.

Results from both Area 1 and Area 2, together with historical data, will continue to be assessed in the coming months to refine targets for future exploration work. The Company continues to consider the area to be highly prospective and remains dedicated to its ongoing exploration.

Receive our exclusive interviews – Enter your email to stay up to date.
Share this post using our forum friendly shortlink: http://bit.ly/2AE0gN0
Disclaimer: Statements in this article should not be considered investment advice, which is best sought directly from a qualified professional.

Click the EPIC JAY to read the full archive for this company. 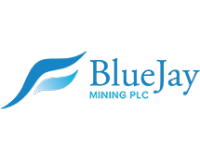 The bullet-shaped implant that could blitz your back pain

Titanium used in aerospace expected to reach $5.4 billion by 2030

Titanium in the Global Aerospace Industry is Expected to Reach $5.4 Billion by 2030