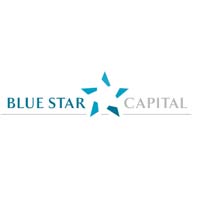 Blue Star Capital (LON:BLU), the investing company with a focus on esports, technology and its applications within media and gaming, has today provided an update in respect of its esports investee company, The Drops Esports Inc.

The Directors of Blue Star are pleased to learn that, on 12 January 2020, its investee company The Drops entered into a letter of intent with Fibresources Corporation (“Fibresources”), a Capital Pool Company listed on the TSX Venture Exchange, whereby Fibresources intends to acquire all of the issued and to be issued share capital of The Drops for common shares in Fibresources (“Proposed Transaction”) subject to certain conditions summarised below.

The Proposed Transaction will likely be effected by way of a share exchange agreement, pursuant to which Fibresources will acquire all of the issued and outstanding shares of The Drops (“The Drops Shares”), in exchange for post-consolidated common shares of Fibresources (each, a “Fibresources Share”) and The Drops will become a wholly owned subsidiary of Fibresources.

Following the passing of resolutions by shareholders on 6 November 2019, Blue Star acquired an interest of 13.6 per cent. in The Drops. It is the intention of The Drops to cancel some founder shares as part of the Proposed Transaction which is likely to result in Blue Star’s holding increasing to 18.6 per cent of the issued share capital of The Drops prior to completion of the Proposed Transaction.

The Company will provide a further update to the market in due course.

Tony Fabrizi, CEO of Blue Star said: “The Drops is the first of our six early stage investments in esports to release news and we are optimistic for the value of our investment should the Proposed Transaction complete. The Proposed Transaction is a vital step in The Drops achieving its stated objective of becoming the largest esports brand in Canada on the public markets. It also represents an important confirmation of Blue Star’s esports investment thesis and we look forward to making further announcements in due course.”

Receive our exclusive interviews – Enter your email to stay up to date.
Share this post using our forum friendly shortlink: http://bit.ly/3a0OVYG
Disclaimer: Statements in this article should not be considered investment advice, which is best sought directly from a qualified professional.

The Business and Benefits of Anchors on the Stellar Network

Record for weekly mobile game downloads has been broken during coronavirus

Biometrics: The Future of Payment Authentication