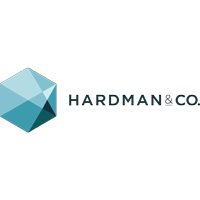 Arix Bioscience plc (LON:ARIX)is the topic of conversation when Hardman and Co’s Analyst Martin Hall caught up with DirectorsTalk for an exclusive interview.

Q1: Can you tell us what Arix Bioscience does and how it differs from other investment vehicles?

A1: They are a listed global venture capital (VC) company that invests solely in life sciences, or biotech, companies. It provides institutional investors, particularly those without specialist funds, and retail investors the opportunity to participate in the high-risk, high-reward, profile associated with early-stage biotech investing.

They minimises the risk through portfolio diversification, stage of product development, geographical diversification, and internal scientific expertise. Unlike a specialist closed-end fund where investors are generally locked-in, the company has been set up as a company with its shares traded on the London market, meaning investors can readily buy and sell the shares as they wish.

Q2: The shares of the company have performed well since it released its interim results for 2020. Can you say what has been behind this movement?

A2: Earlier in the year, they announced a number of changes to streamline its Board of Directors and reorganise its investment team, with the aim of reducing its overall cost base. This was the first set of results for the new management team to show its influence, part of which was to highlight the solid internal rate of return that the company has achieved since inception, reinforce the reduction in the cost base and to highlight the disconnect between its market capitalisation and the net asset value (or NAV) of its portfolio.

Q3: So, how are the shares trading relative to the NAV?

A3: At the interim stage, the management and investment team highlighted that £149m has been deployed into its portfolio since inception and the NAV had risen to £251m, giving it an IRR of 20%. The performance in the first half of 2020 was even better than that overall average, rising 24%. This news resulted in the shares rising around 35% in the week following results. However, despite this increase, the market capitalisation is still only around £145m, still lower than the amount of capital deployed and a 38% discount to NAV.

Q4: What do you think will make this discount narrow?

A4: First, as part of the internal reorganisation, the investment team has decided to prioritise its portfolio to focus on the 10-15 companies that offer the highest potential for value creation. Currently this number is 11 from its overall portfolio of 16 companies.

Secondly, its portfolio companies are currently involved in about 20 clinical trials around the world, with several read-outs of results due in the next six-18 months. These read-outs will all represent significant value inflection points and, on the law of averages with biotech clinical trials, not all of the outcomes will be successful, many of them will be. This highlights that the company has multiple opportunities for NAV appreciation.

Thirdly, the new team has set an aspirational target to make an annual IRR of 15%-25% and produce a doubling of the NAV to around £500m by the end of 2023. This keeps the investment team very focused and motivated.

If the team actually achieves something close to these targets, then shareholders will do very well.

A5: As I mentioned earlier, it is unlikely that all of the ongoing clinical trials will be successful, but that is where a diversified portfolio of companies becomes important.

Portfolio companies are all involved in biotech drug development, which is a capital intensive business, so there will be future cash calls to support development programmes. They have a reasonable cash position to support these if it wishes to do so.

A majority of the NAV is from companies which are listed on a stock market. So, in theory, the NAV for ARIX changes on a daily basis. Consequently, this could lead to some volatility in ARIX’s share price. However, given the large discount that it is trading on, it has been fairly stable recently despite some movements, both upwards and downwards in the share prices of its listed investments.

Q6: What is coming up in the near future?

A6: As we highlighted in our recent report, most of Arix Bioscience’s investee companies have good cash runways which will take them beyond an expected value inflection point. The only one that did not have sufficient cash was LogicBio, and this was addressed last week with a cash call that the company is supporting.

Also, in that report, which is readily available on the Hardman and Co website, we highlighted five investee companies that are expected to have clinical trial outcomes and potential value inflection points in the next six months.

Also, given that a number of investee companies are listed, mostly on NASDAQ, there are quarterly reports which provide investors with updates. Consequently, with its broad portfolio, the company is rarely out of the news. All of this should see the NAV discount narrow moving forward.

Click the EPIC ARIX to read the full archive for this company. 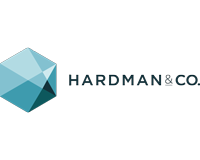