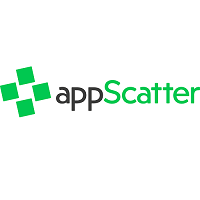 The Directors of appScatter (LON:APPS) has announced the conditional acquisition of Airpush, subject to certain conditions, including the approval of the Acquisition by appScatter shareholders at a General Meeting.

The consideration for the Acquisition will be satisfied by the issue of new appScatter shares at a price of 26.8 pence per share. Following completion of the Acquisition Airpush shareholders will hold approximately 75 per cent of the share capital of the enlarged appScatter group.

It is appScatter’s intention to complete the Acquisition without delay and to seek to return the Enlarged Group to AIM at the appropriate time via a stand-alone IPO on AIM.

The Board believe that the Acquisition has a strong strategic, commercial and financial rationale as it is expected to significantly advance appScatter’s prime objective of creating a global profitable end-to-end platform for mobile app developers and publishers. The Enlarged Group will be able to support app developers and publishers throughout the entire app lifecycle: from creation, distribution and management, to marketing, monetisation, and security.

The proposed merger of appScatter and Airpush will result in one business entity that will trade under the brand name ‘Airnow’ and appScatter’s name will be changed to Airnow Plc with effect from completion of the Acquisition.

The Enlarged Group and its partners will bring together a combined 1.3 million developers and publishers, with over 60 OEM distribution agreements giving the Enlarged Group access to over 250 million devices through its OTA firmware updater and 400,000 managed apps. 51.3 per cent. of the 250 million devices are registered in India, which as mentioned above is one of the fastest growing areas in the app market from an app download and device growth perspective. The Enlarged Group will also have audience data on 3.4 billion mobile devices, providing quantitative and qualitative insights on the performance mobile apps.

Philip Marcella, CEO of appScatter, commented: “The Board is delighted to announce the acquisition of Airpush as it aims to provide an end-to-end SaaS platform for the management and monetisation of mobile apps that meets the needs of app owners, developers and publishers. The merger will create a combined multi-service solution, with an effective and accelerated growth model, to penetrate a $90bn addressable mobile app market. It is the intention of the Board to relist Airnow Plc on AIM in the near future as the combined company demonstrates its considerable growth potential and delivers value for its shareholders.”

Receive our exclusive interviews – Enter your email to stay up to date.
Share this post using our forum friendly shortlink: http://bit.ly/33feS35
Disclaimer: Statements in this article should not be considered investment advice, which is best sought directly from a qualified professional.

Click the EPIC APPS to read the full archive for this company.

INTERVIEW: What does a partnership with Bango mean for appScatter Group?