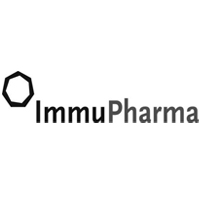 ImmuPharma (LON:IMM) is the topic of conversation when The Life Sciences Division’s Executive Director and Head of Research Navid Malik caught up with DirectorsTalk for an exclusive interview.

Q1: Firstly, can you give a quick summary of The Life Sciences Division and how long you have been following ImmuPharma?

A1: The Life Sciences Division is a UK independent investment bank focusing on the life sciences sector. We have a number of clients, both public and private, in the life sciences space who we act for as financial adviser or corporate broker. We provide high quality research which is detailed research in the sector as well as introductions and equity financing through institutional funds that we talk to in the sector as well.

I have been previously house analyst for IMM at previous banks I’ve worked at and I’ve known the company since 2010.

Q2: Following the recent announcement from the company of its licencing agreement with Avion, for its lead compound Lupuzor™, can you provide a summary on how you’ve read into the agreement?

A2: Avion is a speciality pharmaceutical company in the US and actually, from the perspective of the ideal marketing partner, one of the concerns I’ve always had is that biotechnology in small pharmaceutical companies typically try to strike a deal with a larger pharma company. That has concerned me in the past because sometimes these companies don’t have the focus for individual products, they’re dealing with franchises that are tens of billions of dollars in size.

One of the ideal scenarios with Avion is that by having struck this deal with a specialist player in both the dermatology area and women’s health, and the specific regional deal in the US, IMM have managed to grab a partner who will focus very heavily on making sure that the clinical trials for Lupuzor are done to the best advantage. They’ll also focus quite heavily on making sure that the product is a commercial success by looking to develop that franchise strongly in the US market in regard to Lupus patients.

Q3: Being that the agreement is exclusively for the US, how confident are you of the company securing further deals with perhaps European partners?

A3: I think it’s, in fact, quite a smart deal from the perspective that IMM has managed to allow a deal to take place that gives them a fully-funded developed Phase III programme, not only of course in the US but, as you mentioned, in Europe.

That is an interesting scenario because in this sector if you go out to find a marketing partner, and the company will very likely do that for other territories including Europe, having a fully-funded clinical trial programme to market means that the asset if further de-risked in the minds of potential future partners.

It will give them the potential to also have a more interesting deal, by that I mean the company many be able to get an upfront payment with regards to a deal in Europe and other territories and a royalty stream which could be equal or better to the deal they’ve struck with Avion.

So, really, I think they’re in a strong position now to get a good deal under their belt for at least Europe and I think possibly other territories as well.

Q4: You’ve recently increased your recommendation from 76p to £1, continuing your BUY recommendation. Could you provide a little bit more detail as to why you’ve increased this target price?

A4: If you cast your mind back to last year, the Phase III trial had not been successful, not because, as we said in our initiation report of May this year, the drug didn’t work but because the trial didn’t work. That was specifically down to the patients who had this particular biomarker in their blood, auto-dsDNA autobody biomarker, where we saw superb traction clinically in that group.

From our perspective, there were still inherent risks in the business, however we were confident that the product works so we were able to model Lupuzor as a product which would reach blockbuster sales. However, we modelled the sales both in US and Europe, what’s changed now is we’ve been able to reduce our risk profile on the drug, we’ve been able to also increase our confidence not only in terms of their market share in the US but also the ability to get rapidly to that market share in the US.

So, that’s taken our price target up to £1 from 76p and, actually, we’ve got a fairly high degree of confidence that we’re now through some substantial risk in the business and that this product could very quickly gain traction once it’s through the clinic as going to market as a completely new treatment option for Lupus patients who have a more severe form of the disease.

Q5: So, in your view, what differentiates Lupuzor™ to other drugs in this therapeutic disease area of Lupus?

A5: That’s a very good question. When you look at Lupus as a space, a lot of the drugs that have been developed have piggy-basked off each other, in many cases not successfully, they’ve tried to approach particular biological targets. So, there are a number of drugs that are targeted to what we call B-cells which is an issue in Lupus for patients and a newer set of drugs, one developed by AstraZeneca, is targeting another receptor called interferon receptors. Both of those targets are very important players in the immune systems so if you’re going to down regulated them or ablate them or inactivate them then there may be unintended consequences.

What I like so much about Lupuzor is that it’s effectively not trying to ablate a particular target, it’s trying to modulate a target and that particular target which is related to T-cells ultimately, that target is directly attributable to the damage that Lupus causes through the immune system in these T-cells. They have a much more focused and targeted approach with a gentler outcome and we’re not seeing the side effect profile that we’re seeing with the other drug in the market, there’s only one which is Benlysta by GlaxoSmithKline. I believe we’ll have a better safety profile than the newcomer drug which AstraZeneca is looking to file, Anifrolumab, in the second half of 2020.

Q6: Can you outline your views on ongoing key milestones that you’ll be looking for in IMM over the next few months and may be up to a year, something that’ll help maintain the momentum in its share price?

A6: It’s very interesting as you look at IMM and the story as it plays out in 2020. They’ll be a number of news flow events and inflection points, not least of course ultimately the start of the second Phase III clinical trial in Lupus patients, both in the US and Europe. As we progress through the year, we will start to have further milestones surrounding the initiation of the site, the recruitment etc.

More importantly, because the company has now been able to strike this commercial deal, there is of course, as I said earlier, the possibility of further licencing deals that will be brought to the table and announced hopefully.

On top of the Lupuzor story, don’t forget they have Ureka which is the programme around peptides and Nucants which is the oncology programme, both of those programmes are available for licencing and should be really balanced in terms of the expectations of upside in IMM from an investor perspective.

Q7: What’s your view of the sector in 2020 and how could this benefit ImmuPharma?

A7: At the beginning 2019, aside from the risks surrounding Brexit etc., I had a view that the sector would have a reasonable chance of rebounding having had a 2/3 year period of being quite tough.

What I feel quite strongly about is I see 2020 as being a really strong year for the sector because during the course of 2019, there have been several companies in the diagnostics and therapeutics space which have diligently continued to develop and progress their pipelines, particularly around Phase III drugs, similar to IMM, late-stage programmes. These companies have in many cases successfully completed all of the development around the drug or diagnostic.

What’s interesting is the valuations haven’t kept track so the valuation right now in these companies and other companies in the sector, which have a lot of inherent value commercially and often have a disruptive technology, just don’t reflect the real world.

So, I think what will happen is in 2020, as we go through some of the national risks in terms of Brexit, the election, and as we go through the expected momentum we see globally in biotechnology, could be that IMM and others in its peer group will start to see a strong rebound. So, there could be a significant re-rating upwards in the sector because we have these assets in this various companies which have so much value but not of that is reflected in the share price today of these companies.

Receive our exclusive interviews – Enter your email to stay up to date.
Share this post using our forum friendly shortlink: http://bit.ly/2PNYjWw
Disclaimer: Statements in this article should not be considered investment advice, which is best sought directly from a qualified professional.