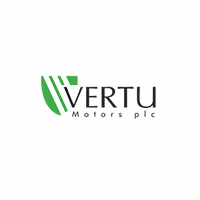 Vertu Motors plc (LON:VTU) is the topic of conversation when Zeus Capital’s Head of Research Mike Allen caught up with DirectorsTalk for an exclusive interview.

Q1: Vertu Motors released their trading update this morning, what were the key highlights of the update?

A1: The company has released its AGM statement and that’s with regards to the full month period to the 30th June this year.

Overall group revenues were up 5.4%, or 1% on a like-for-like basis, there was continued focus on capital allocation and they’ve deferred the £3 million that’s been allocated to future share buy backs.

Recent acquisitions appear to be well integrated, I think the focus on cost management remains fairly relentless and I think clearly these costs appear to be under control despite the rising cost environment.

We also note the appointment of Andy Goss as Non-Executive Chairman, who is someone that is known to us, and we see this as a good positive move.

Q2: So, what were the key performance drivers?

A2: I think aftersales, once again, was very healthy, I think like-for-like service revenues at +8.1% was a really healthy number. We also saw a 40 base point improvement in gross margin as well, the driver behind that was tightness in salaries had stabilised and invoice values continue to grow so I think that was a really good outcome.

Used cars, I think proved difficult in the period, however Vertu did deliver good top line growth, we saw 3.7% growth in volumes but with improved pricing, we saw 5.5% increase in used cars revenues. That said, and I think we’ve seen this from other operators, consumer demand was weaker in the calendar second quarter and I think that did hit margins during that period as well. However, I think supply levels appear to have improved in July looking at auction conversion rates so that’s a potential good news for the used car sector and maybe ease things a little bit at the moment.

I think fleet and commercial, I think the company continue to perform quite well and manage the margin quite well.

New cars, we did see a big volume drop, however that isn’t surprising to us given the volume brands that they represent but I think gross profit per unit increasing does show some good pricing discipline and margin management there. So, new car market remains difficult but I think they are managing the margin fairly well.

Q3: Has this affected your forecasts in any way?

A3: If you look at the form of gross profit movements alluded to in the statement, we feel it’s prudent to reduce our PBT numbers by about £2 million and that equates to about 7% earnings downgrade in our 2020 numbers. We’ve extracted that through to our 2021 and 2022 number as well so they are taking a little bit off our numbers at the moment and that’s mainly driven by used car margin and higher interest costs.

Q4: What’s your view of Vertu Motors in terms of an investment?

A4: We think the shares continue to look very cheap, I think the differentiator with VTU is that the balance sheet is extremely robust and their attitude to debt management is very conservative as well.

The stock is at the moment is trading on around 7 times earnings and an EV/EBITDA of about 4 times with a dividend yield of 4.3%. There’s really good asset backing, if you look at net tangible assets per share, you’re looking at about 45p per share.

I think trading is no doubt tough but I think the company has outperformed in used and aftersales which is the core part of the business and there’s very good asset backing there so on a medium term basis, I think it’s an interesting point.

Receive our exclusive interviews – Enter your email to stay up to date.
Share this post using our forum friendly shortlink: http://bit.ly/2Mp7oVv
Disclaimer: Statements in this article should not be considered investment advice, which is best sought directly from a qualified professional.