Analyst Q&A with Hardman & Co ‘Investing in a Pandemic’

‘Investing in a Pandemic’ is the topic of conversation when Hardman and Co’s Analyst Steve Clapham caught up with DirectorsTalk for an exclusive interview.

Q1: Now, Steve, you recently published an article entitled Investing in a Pandemic. Just looking at that report, what were the big macro changes that you expect?

A1: Well, obviously we’re in a very unusual and very different and very uncertain time, and what I was trying to do is trying to explore some of the issues that we need to think about when investing now and after the pandemic.

The biggest natural change is obviously the fact that government has been borrowing and having incurred a huge amount of additional debt. Now, obviously this is very necessary to keep the economies afloat so it’s not a bad thing, but when we come out of it, we are going to have governments around the world who are going to have much higher debt than they did previously. And the problem is that we went into this with already very high debt by historical standards.

So my expectation is that at some point down the road, governments are going to be thinking, “Well, we need to put taxes up” and that is not going to be something that they do short-term, but in the medium-term with very high levels of that GDP, it’s something that I’m sure that governments will think about.

The other massive consequence and the reason that stock markets have been so strong to the puzzlement of lots of spectators, is that whole after effect in companies are very badly impacted by this. Why is the stock market going up? The reason is low rates because we’re going to have very depressed economies, we’ve got very high government debt, the government is going to keep rates very, very low.

Q2: Are there any other broad economic implications?

A2: I think there’s all sorts of knock-on effects from this because I think we emerge from this and hopefully we go back to normal, hopefully some sort of normal, and I think growth is going to be pretty depressed because companies have got strained balance sheets and so does the personal sector.

If you’ve got a job and you’ve carried on being paid throughout this crisis, then you may end up actually with a stronger balance sheet because you haven’t gone away on holiday, you haven’t been able to spend any money but for a huge swathe of society around the world, it’s been very detrimental. If you own a small business, if you’ve been made redundant, if the company you work for has gone bust, if you’re lower paid and you haven’t been able to get to work and you’ve been relying on a furlough scheme, again, that’s going to be an issue for you.

So, I think that there’s all sorts of knock-on effects and they are almost all going to ensure that growth is going to be lower for some considerable time. Obviously, we’ll have a bounce back, we’ve had a huge economic depression and we’ll bounce back from that but I’m thinking about 2021, 2022, 2023, these are going to be difficult sluggish years.

Q3: What effect do you think this will have on stock market investments?

So, we’ve now exceeded the relative multiples of growth against value than we had at the height of the tech boom, and if you remember at the height of the tech boom, stocks fell 90%, the growth stocks fell 90%, and value had a huge bounce back. I’m not suggesting that we’re going to have growth stocks like Amazon fall 90% again, I don’t think that’s going to happen but we have got this very, very bifurcated market, so the stocks that have done well in this crisis have now become much, much more highly valued relative to everything else.

The other issues that you need to think about are that there’s going to be quite a lot of pressure on companies’ balance sheet and that’s got significant stock market implications because many companies are going to be forced to either suspend the dividend, cut the dividend, or stop the dividend entirely in order to fix their own balance sheet. That’s got huge implications for people with pensions, for anybody invested in income funds, and it hasn’t been something that’s got a lot of attention so far, but I think it’s something that you need to look at very carefully because if you want to continue to invest in the stock market to get dividend income, and obviously with very low interest rates, corporate bonds are also very low. I just saw a bond issued the other day, a 10-year bond, from a corporate at 1.5%, if you need income, you’re going to have to go to the stock market, you have to go to different places so it becomes a much more complicated picture for the private investor.

Q4: How does this affect companies themselves?

A4: The biggest impact, and I’ve already mentioned the biggest impact, is on the balance sheet so every company, with very, very few exceptions has suffered tremendously in this lockdown and obviously if you’ve got no revenues, you’ve got no profit, but you still have a bunch of costs. So, there’s a huge slug of cash going out the door and as we get back to normal, there will be a massive impact on working capital.

So, you’ve had a big impact in working capital during lockdown because many of your customers won’t have paid you, but you may have felt that you need to pay your suppliers. Then as you come out of lockdown, you’ve got to carry on paying your suppliers and you have to increase your inventory, and you may well have to increase your inventory to give you more buffer in your supply chain to protect you against the risk of a future crisis of this nature.

So, companies already had a lot of debt, it’s about further straining their balance sheet, and working capital on one is going to put another strain on their balance sheet. So, the one thing that you really need to pay a huge amount of attention to is company liquidity, company debt, company balance sheets. Obviously if you do end up investing in a company that’s got a long global supply chain and it may need to increase its inventory, that’s got an implication for its capital employed and the clear implication going forward would be for many companies if we’re in a lower growth environment, they’re going to find it more difficult to make money and this will be particularly prevalent in particular sectors.

I happen to think the travel sector will go back to normal, it may take a while, but I don’t think people will stop traveling as a result of this. They may be doing a few more Zoom calls, but I think most of them are fed up with Zoom calls and want to have some face-to-face interaction so people will get back on to planes for business and people will get back on to planes for travel, but it may take a bit of time. But there’s all sorts of other sectors that are going to see a big impact on demand.

Receive our exclusive interviews – Enter your email to stay up to date.
Share this post using our forum friendly shortlink: https://bit.ly/31j7sxn
Disclaimer: Statements in this article should not be considered investment advice, which is best sought directly from a qualified professional.
2020-06-26
Amilia Stone
Previous: Crestchic Loadbanks expands rental business into Ireland
Next: Open Orphan develops first challenge study model to test Covid-19 vaccines 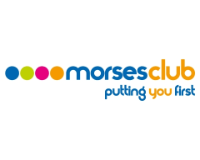 Managing money when you’ve been made unemployed 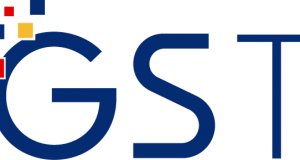 How smart is your office? 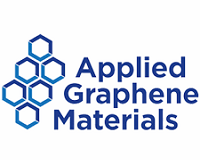 NFI up 14% YoY for Norman Broadbent