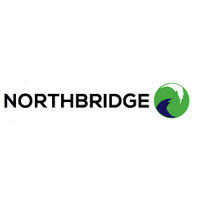 Northbridge Industrial Services Plc (LON:NBI) is the topic of conversation when Equity Development’s Analyst David O’Brien caught up with DirectorsTalk for an exclusive interview.

Q1: Northbridge Industrial Services remain a loss-making company, what makes you sure that it’s turned a corner, particularly as the oil price declined in Q4 of last year?

A1: I think the answer is helped by the fact that on the 5th February the company released a pre-close trading update. Within this, they highlighted that 2018 as a whole was in line with management’s expectations for the outcome and significantly, that they had seen evidence of further recovery in several of its markets.

That goes hand-in-hand with the empirical evidence that we’re seeing across a number of its markets, not least the ship building industry which, if anything, has continued to decline across a number of years but we are seeing signs of life in that. This really reflects the age of the global shipping fleet and how it is due to be upgraded.

If we actually look at Crestchic, which is the larger of the company’s two divisions, its manufacturing sales business had a record new year order book and that’s following reductions in the first half last year. In terms of the oil and gas market, not only are we seeing evidence but also the company have said that they anticipate further increases in the level of activity and that’s normally measured by rig count during 2019. Also, I mentioned the shipping building industry similarly in resources sector in terms of power requirements within the resources sector, we believe that we’re through the worst.

In terms of parts of the business that we believe traded well last year such as the rental operations, both at Crestchic and Tasman, they continue to perform well and this is highlighted actually in the gross margin.

In November 2018, the company made an acquisition of the assets of a company in liquidation called PPC in South-East Asia, in Malaysia. They have put some of the kit purchased, which it’s purchased incidentally at a fraction of its replacement cost into the group’s joint venture which is Olio Tasman in Malaysia. Also, as a result of the acquisition, they’ve added customers throughout South-East Asia. The strongly growing parts of the business, which are the US, the data centre power business and renewable power generation market, they’re currently growing strongly.

So, as a result of which, we do think the business has turned a corner, that’s despite the decline in the oil price in Q4 of last year and we’re anticipating a much stronger 2019.

Q2: You mention the term ‘operational gearing’ quite a bit in your note, can you explain what this mean and why the term’s central to the Northbridge story over the medium term?

A2: Operational gearing works in two ways so when sales are falling what tends to happen is that the level of profits declines at a greater rate than the falling turnover because it takes time to actually adjust your cost base accordingly, relative to the number of sales. However, when sales are rising, what then happens is that because your cost base tends to adjust in steps, as a result of which, your profits grow quite quickly.

What we also have is that gross margins have been growing quickly within the business and that really reflects the fact that we’ve seen a rise in proportion of rental turnover which is clearly of much higher gross margins than sales of manufactured product. So, because of that, we think that is actually ensuring that this operational gearing is actually working to a greater extent than it would be normally at the lower gross margins.

So, clearly, even on lower sales, we do anticipate on peak sales that we will be able to move to a breakeven and a profitable scenario of this year and next.

Q3: Do you think they’ll be any further acquisitions?

A3: When you look at when the company IPO’d, what they said was that the business had been set up as a holding company to acquire assets in the industrial equipment sector. They set the business is up 2016, since then they’ve grown and in effect, that was two/three legs, they’ve since narrowed that down to two legs of the business whereby they feel they’ve got a greater chance of earning high level of gross margin.

So, when you look at the business, we think there are gaps within the geographical spread, that can either be filled organically through new depot openings or alternatively, and we think this is just as likely as organic growth, through acquisitions. The importance of the acquisitions is that they bring with them invaluable customer lists.

I think they’ll be continued organic growth, but I do think the company will make further acquisitions for that purpose.

Q4: Finally, what can you tell us about Northbridge Industrial Services’ dividends?

A4: The company have been offered dividend lists for some time now and its hardly surprising given the fact that the company did move into relatively heavy losses of $4.2 million in 2017 as previously mentioned. Significantly, if we look at the operating cash flow, even in 2017 when the group showed a record loss of £4.2 million, operating cash flow amounted to £2.6 million with free cash flow of £1.4 million.

We’re anticipating that operating cash flow should rise to approximately £4.5 million in 2018 with operating free cash flow of £2 million in 2018. Clearly, as we move to a breakeven level, thereby eradicating the losses and then move further into probability in 2020, then our expectation is that there will be funds available to pay a dividend in 2020.

Receive our exclusive interviews – Enter your email to stay up to date.
Share this post using our forum friendly shortlink: http://bit.ly/2I7gqpI
Disclaimer: Statements in this article should not be considered investment advice, which is best sought directly from a qualified professional.

Click the EPIC NBI to read the full archive for this company.

NBI 2019-02-11
Amilia Stone
Previous: This security flaw allows hackers to take over an Android phone with an image
Next: Don’t click that link! How criminals access your digital devices and what happens when they do

INPEX awarded approval by NOPSEMA for next phase of Ichthys