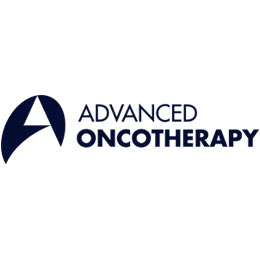 How lucky Advanced Oncotherapy PLC (LON:AVO) has been in its investors.

Last week the Aim-quoted pioneer of proton beam cancer treatment signed a breakthrough agreement with Yantai CIPU, a Chinese medical technology group, to sell its machines in and around China.

Yantai is paying £16.5m for the distribution rights. It has also agreed to buy just under 30 per cent of Avo for £13.5m, while Segulah, a Swedish private equity business led by Gabriel Urwitz, has raised its stake to 12.6 per cent. That has underpinned Avo’s finances and put the group on firmer footing than it has enjoyed for a while, sparking a 30-plus per cent rise in Avo’s shares last week.

Medi-tech savvy Mr Urwitz is a diehard but not dewy-eyed fan of Avo. He has backed the group since 2012 when Avo bought Adam, the Cern-based business set up to commercialise the breakthroughs coming out of research into subatomic physics and the Large Hadron Collider. Adam had the blue-print for a Light (Linear Accelerator for Image Guided Hadron Therapy) machine that targeted proton beams at hard-to-reach cancers more effectively than conventional radiotherapy. There are a handful of rivals using proton beams to treat tumours, but Light machines are designed to be smaller, cheaper and better controlled than other accelerators.

“At first I thought that the technology was the big risk,” says Mr Urwitz. “But the technology and the people at Avo are outstanding and the connection to Cern is unique. I then became afraid of the financial risk”.

Receive our exclusive interviews – Enter your email to stay up to date.
Share this post using our forum friendly shortlink: http://bit.ly/2o2bpov
Disclaimer: Statements in this article should not be considered investment advice, which is best sought directly from a qualified professional.

Click the EPIC AVO to read the full archive for this company.

Advanced Oncotherapy Proving the accuracy and superiority of minibeams

Why is Advanced Oncotherapy well positioned for the future?