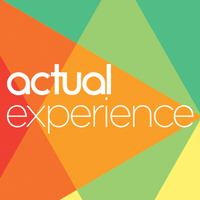 Actual Experience plc (LON:ACT) Chief Executive Officer Dave Page caught up with DirectorsTalk for an exclusive interview to discuss being featured in a Verizon / Boston Consulting white paper, the challenges facing the IT space and the opportunities for company going forward.

A1: Yes, that’s exactly right. So, we’re expecting to make a few announcements and this just happens to be the first one but in many ways it’s quite good that this one has come out before the others because it’s important and it’s really setting the scene in many ways for the immediate future of this company.

Q2: Can you elaborate on that for us then?

A2: We’re all familiar with the way that COVID-19 has caused pretty much global lockdown for workforces around the world that are at home, the knowledge workers in particularly if your business is that sort of business, you’re going to be working from home. Really, that has forced businesses to adopt digital technologies to allow collaboration and working to take place given that almost the entire organisation is actually working remotely now.

So, I’m thinking of things like, stuff we’re all familiar with, like Zoom, WebEx, Skype and so on, those sorts of collaboration platforms are peripheral and people are working from home using those. Most businesses have been surprised, in fact I’ve been quite surprised how some businesses have been that the technology has just worked. More than that, I think a lot of businesses have also seen not only that the technology has worked but there has been major benefits to productivity, expense, reductions and wellbeing benefits for the staff as well, a lot of whom want to stay at home now they’ve had a taste of it.

So, really, there’s no going back now or that’s at least what we’re hearing through our channels working with the end customers and generally, what we’re hearing from the big enterprises, the global enterprises, is that there’s a 70/30 split, 70 will be working remotely and occupancy in the offices is going to be about 30%. When you stand back from all of that, and if that is really truly representative of the future then this really does represent an absolutely massive change in strategy for every IT department on the planet.

Q3: So, what exactly is the IT challenge going forward?

A3: I suppose at the centre of it, if you think about what IT departments we’re perhaps doing at the start of this year, for these large enterprises they were looking after or managing staff’s IT environment in let’s say 100 or 200 corporate offices and maybe a couple of corporate data centres. Actually, currently, with everyone locked down you’ve still got those offices and data centres but you’ve now also got a large number of public cloud offerings like Zoom and WebEx and so on that the company’s using. So, applications are moving out of the data centres into the cloud very very quickly and also staff are moving out of the offices or have moved out of the corporate offices into and they’re in thousands or ten’s of thousands of homes.

So, the thing that IT is trying to manage right now has shifted from 100 corporate offices and a couple of data centres to that plus tens of thousands of homes and a number of cloud data centres as well. So, again, from that and looking at the implications of that, what was working at the start of the year, the strategy, the tools, the processes, and the practises they used, they don’t work for tens of thousands of homes and in the cloud environment. They haven’t got visibility, the tools were developed to be used on their own private infrastructure, not on this very fragmented, dispersed environment that they‘ve got now for their staff and their applications where they don’t have visibility, they don’t own the infrastructure.

Q4: So, this is where the Verizon / Boston Consulting Group paper comes in?

A4: Yes, spot on. So, really what Verizon did very well with Boston Consulting is get ahead of the curve and quite early, back in April, start talking about in the first white paper in the series – this is the second white paper in the series that we’re involved in  – setting the scene. So, saying ‘look the world has changed’, really articulating the story that you and I have just been through.

The second paper, and our involvement in it, is more to do with the fact that the conclusion is you do need new tools, you do need new processes. In actual fact, when you think about the sheer scale of the office environment, tens of thousands of home offices in the cloud environment and the lack of visibility, IT departments are going to need a lot more automation assistance, a lot more analytics, a lot more insight and they need tools like ours in order to bring that insight to this new IT environment.

Actual Experience are the only Verizon partner that they actually called out and named in this paper which I think is quite important and also, this puts us in the centre of this strategy that Verizon and Boston Consulting are calling out. It creates an opportunity for us to be part of that strategy in an environment that is extremely rapidly changing for IT departments.

Q5: Have you seen any commercial traction yet for this homeworking capability?

A5: Yes, it’s early days. It’s really only been the last few weeks where our partners have been taking this kind of offering, this focus on homeworking, to their customers but we’ve already seen initial deployments, feedback has been good and actually generally, people are asking for proposals to expand this type of capability out much more broadly across the homeworker base.

Of course, Verizon themselves are using this internally, at a relatively small scale at the moment, on some of their homeworkers and we’re hoping to expand that deployment too.

Q6: So, I take it Actual Experience are busy?

A6: Yes, we are. There’s a real opportunity here, it’s got pretty intense on the front of the business which I think it has for a number of businesses but yes, we are busy. I think there is an opportunity here, there is a sea change in what’s going on in the IT world across the whole planet right now so definitely an opportunity for us. What’s more is our partners have recognised that opportunity and hence, the white paper.

Receive our exclusive interviews – Enter your email to stay up to date.
Share this post using our forum friendly shortlink: https://bit.ly/3epMpNl
Disclaimer: Statements in this article should not be considered investment advice, which is best sought directly from a qualified professional.

Click the EPIC ACT to read the full archive for this company. 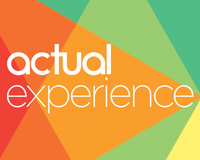 Why it is time for IT to stop guessing

An unprecedented uptake of digital solutions is rerouting healthcare

The opportunity for CIOs to reshape their business has arrived

Why we use averages and the impact on decision making