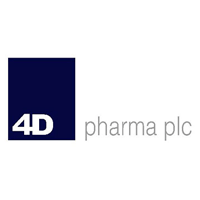 4D pharma PLC (AIM: DDDD), a pharmaceutical company focusing on the development of live biotherapeutics, has today announced the final results for the Company and its subsidiaries (together “the Group”) for the year ended 31 December 2016.

Financial highlights for the year:

Operational highlights for the year:

· Commencement of the phase 1 clinical trial in respect of Thetanix, 4D’s proprietary programme for the treatment of Paediatric Crohn’s Disease

· Acquisition of 4D Pharma Cork Limited (formerly Tucana Health Limited), a start-up company from University College Cork founded to investigate the use of microbiome signatures to aid the diagnosis and treatment of diseases; the year has also seen the successful development of its proprietary diagnostic platform, MicroDx, which uses microbiome signatures to allow patient stratification

· Interim analysis of data generated in the MicroDx clinical trial showing: significant differences between the microbiota profiles of IBS patients and healthy subjects; that microbiota of IBS clinical subtypes are not significantly different (supporting the rationale for Blautix as a therapy for all IBS subtypes); and that MicroDx is able to differentiate IBS patients from healthy subjects based on metabolite profiles

David Norwood, Chairman of 4D, commented: I am pleased to be able to announce the Group’s final results for the year ended 31 December 2016. The year has seen substantial and critical advances towards our goal of producing Live Biotherapeutics as safe and effective therapies: successfully concluding our first clinical trial; generating supportive clinical data; establishing our proprietary diagnostic platform; and acquiring our own development and manufacturing facility. I would like thank everyone in the Group for their contribution to the advances we have made in 2016.

Receive our exclusive interviews – Enter your email to stay up to date.
Share this post using our forum friendly shortlink: http://bit.ly/2oMlyR9
Disclaimer: Statements in this article should not be considered investment advice, which is best sought directly from a qualified professional.

Click the EPIC DDDD to read the full archive for this company. 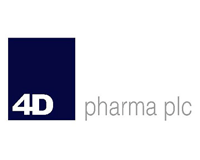 Processed foods are a much bigger health problem than we thought